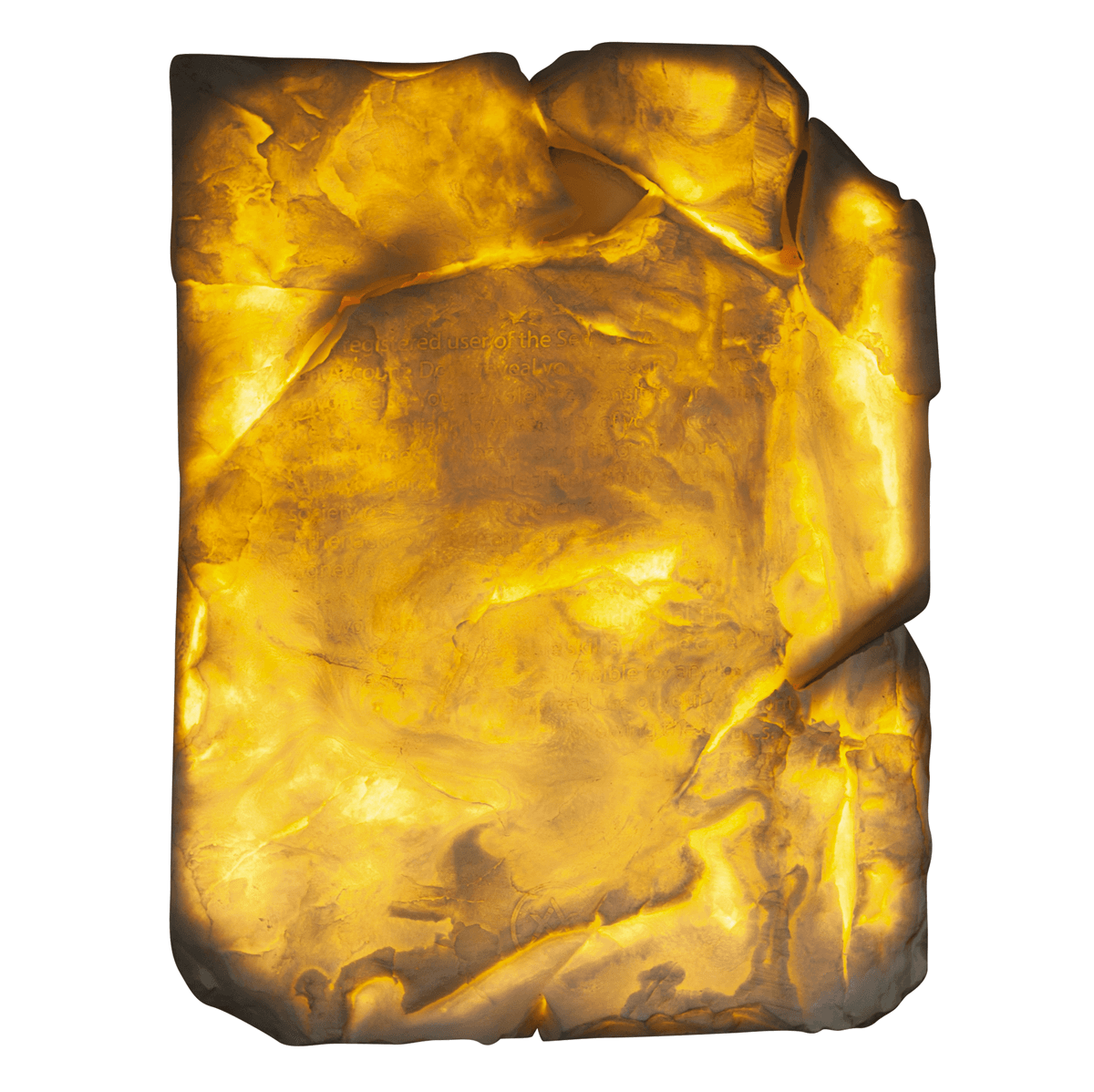 Recycle Group was established in 2008 by Andrei Blokhin and Yegor Kuznetsov, Krasnodar artists. Already in 2010, they win the Kandinsky Prize. They took part in the parallel program of the 56th Venice Biennale (2015) and the Russian pavilion of the 57th Venice Biennale of Contemporary Art (2017). In 2017 and 2018, the art group was included in 49ART Russian Investment Art Rating. Tablet of the Covenant by the artists of the Recycle Group exploring the post-Internet culture. Despite the study area, we can see a persistent appeal to objectivity meant to underline the materiality of the object that imitates an even more material source. This tablet is an example of art that dialectically seizes the myth with the purpose of its further processing rather than denouncement. Riddled with inscriptions, the plastic tablet ensures physical immortality of the Internet culture.