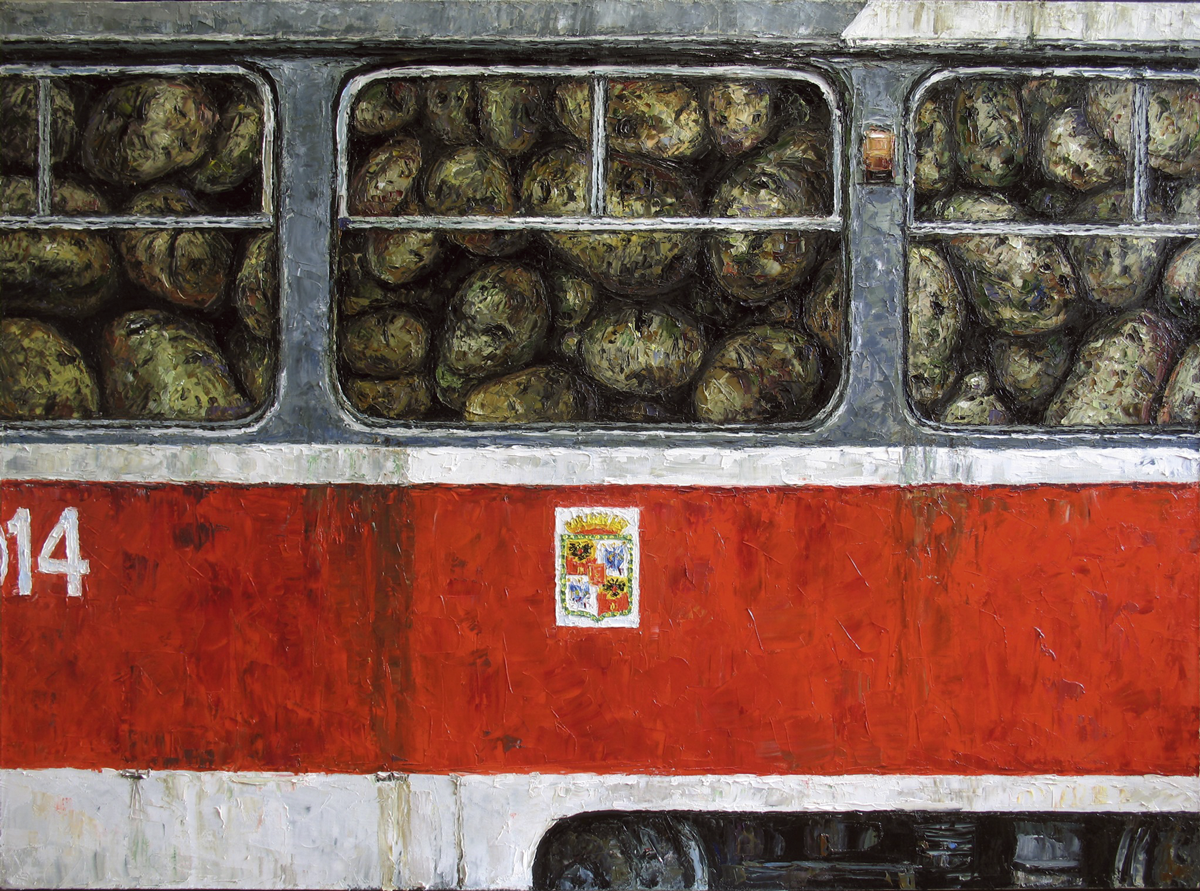 Dmitry Prokopovich is an artist who was born and grew up in Crimea and has been living and working in Krasnodar since 2012. Having moved to Krasnodar, he started an active artistic assimilation by painting Krasnodar city skylines. His paintings are characterized by dense texture and relief, calibrated classical compositions implanted in him together with his classical education. The colors in his works convey the basic mood of his works; his scrupulous handwriting borders calligraphy. This work is to be viewed from a distance; the canvas space is divided symmetrically into two horizontal fields. The tram is fit into the picture the way that the main color emphasis – a red line along the side of the car – results in visual distortions. The upper part echoes the title of the work by crushing the viewer with its dominant brown palette. Semantic irony of the city traffic is supported by all elements of the painting.