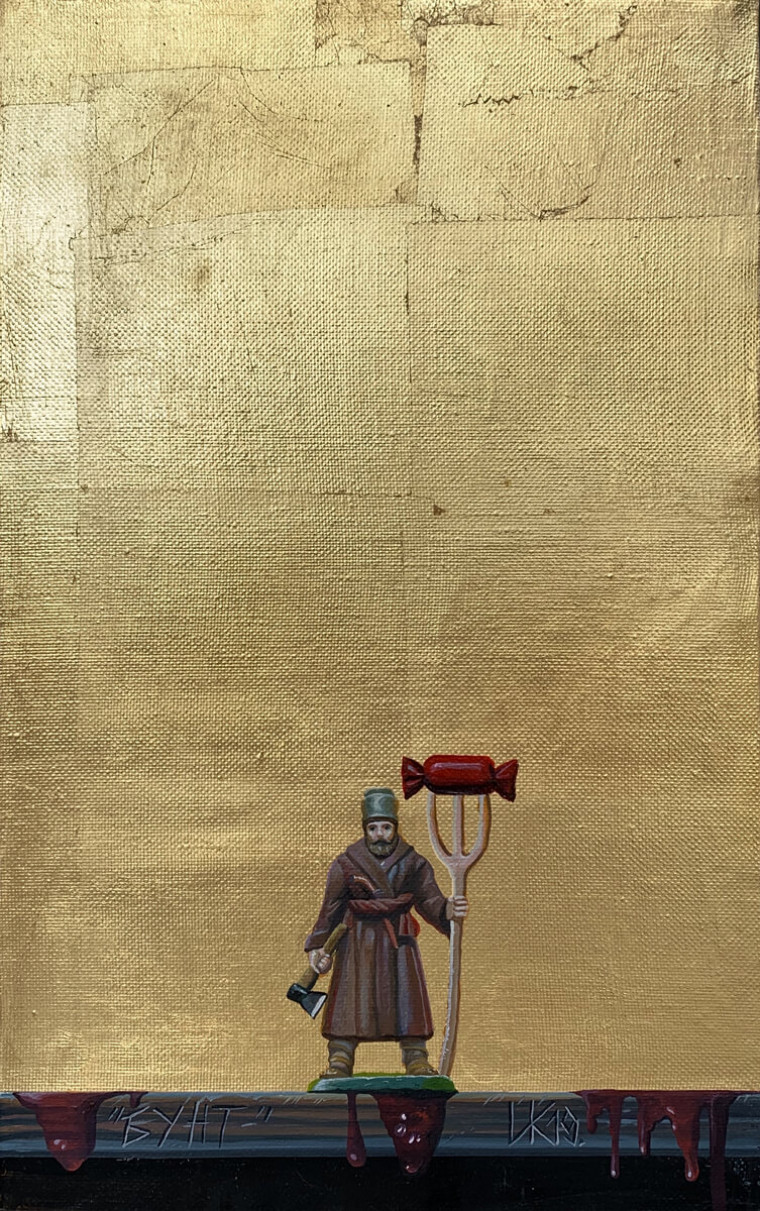 Ivan Korshunov is a modern Moscow artist; a graduate of the Institute of Contemporary Art Moscow (ICA) and the Surikov Moscow State Academic Art Institute; PhD in Arts; member of the Moscow Union of Artists. In 2018, Ivan Korshunov joined 49ART Russian Investment Art Rating, and in 2019, he was listed among the TOP-100 Russian artists according to the InArt project. The artist preserves the ingenuousness of fine sketches, but, at the same time, he plastically stylizes the motif and adds decorative elements, such as gold leaf, wooden frame imitation, thus solving the challenge. He has only one aim in fact – to create the image of a double perception of a particular social historical situation. The viewer sees a riot embodied in the wooden figurine of a peasant by folk artisans depicted in the center of the composition. However, the riot does not seem serious only at first glance; a more detailed study of the canvas reveals its essence, and the consequences turn out to be meaninglessly cruel.