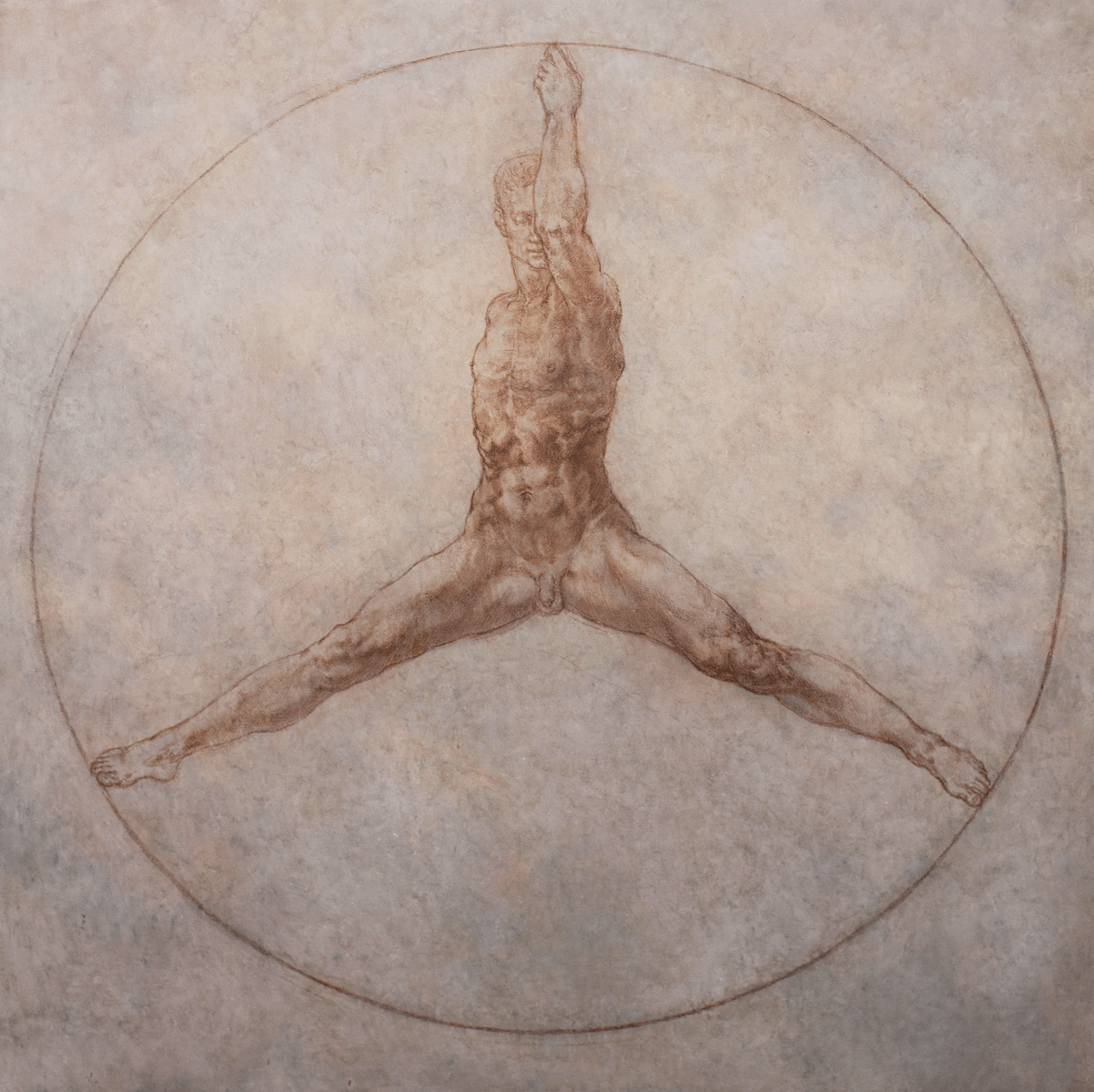 Vladimir Kolesnikov is a Krasnodar artist, a resident of 11.12 Gallery (Moscow), a regular participant of international art fairs in Art Wynwood and Context Art Miami, Art Miami New York, Art Stage Singapore. His works are in private collections of Pierre Brochet, Umar Dzhabrailov, Vladimir Nekrasov, and others. The works presented for the auction depict allusions to the paintings of the late Italian Renaissance. Pastiches of that era became a usual method for the entire series by the artist easily recognizable by those interested in contemporary Russian art. The work is based on the Vitruvian Man by Leonardo da Vinci designed to understand the human proportions. Vladimir Kolesnikov’s vision presents a female figure whose posture replicates the recognizable logo thus placing the viewer on the verge of problematization and undermining of binary oppositions. By destroying historicism in recognizable aesthetic boundaries, the artist ultimately makes the source and the contrasting symbol equal thus revealing the gap between their appeal to a modern audience rather than their nominal value.