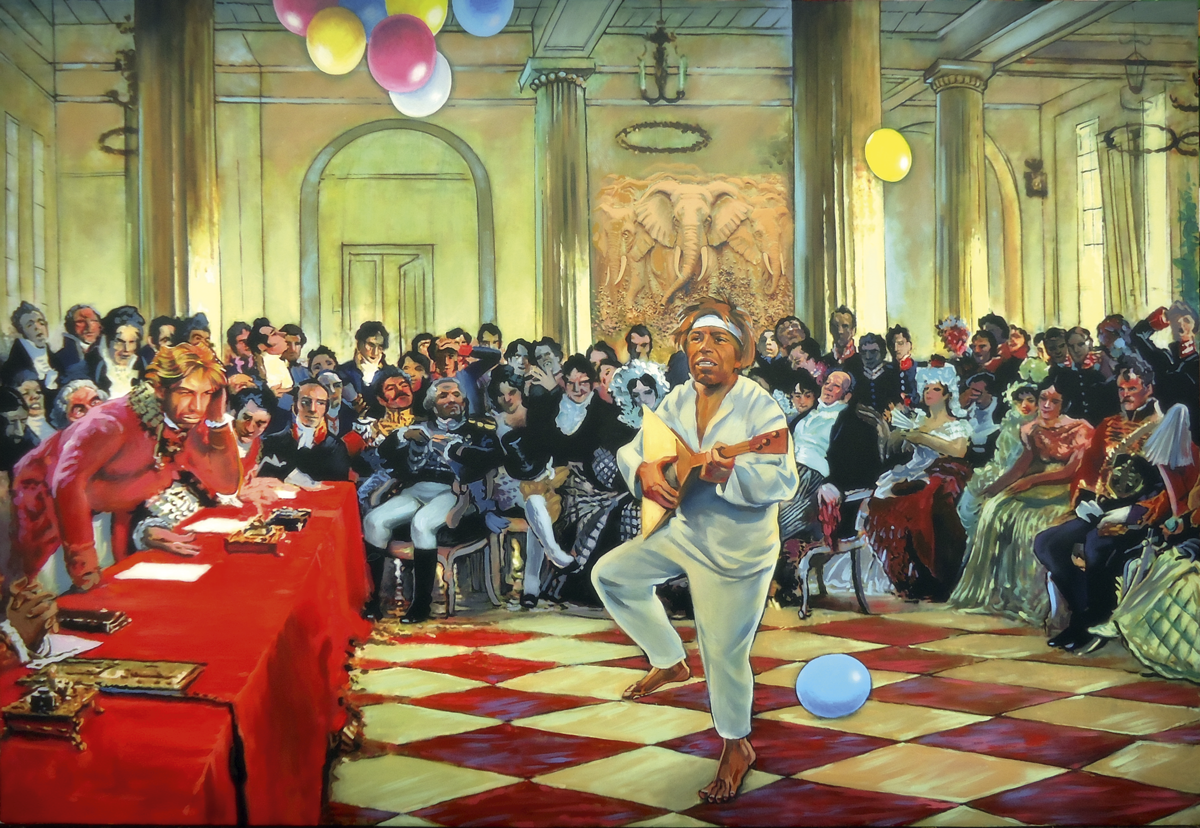 Alexander Savko is a significant contemporary Russian artist, one of the participants of a studio on Bauman street, the other ones including Avdey Ter-Oganyan, Vladimir Anzelm, Vladimir Dubossarsky. In his works, Alexander uses intellectual gamified postmodern schemes by reproducing images and codes belonging to other authors. The purpose of such art is to hint at a certain secret connection between antipathetic characters and backgrounds. However, his works often contain inexplicable and absurd clash of various cultural codes. Alexander’s works usually show characters of pop culture, comics, cartoons – sometimes all together – placed in the context of classical foreign and Russian art. Another ironic play of meanings and comparisons in Alexander Savko’s work. The realia of the cinematic 80s are placed in the context of the events of 1815. The dynamic figure of the hero of Heart of a Dog, Poligraf Poligrafovich Sharikov, is transferred in Ilya Repin’s Tsarskoye Selo Lyceum. Both scenes present the demanding viewers with certain gimmicks – a product of scientific transformation in the former case, and a young literary genius in the latter. The composition of the painting Moscow, Speak! preserves the classic structure of Repin’s pictures – people in the audience sit in a semicircle, a figure in the open space is emphasized. The work strikes with a joyful and even exuberant mood.