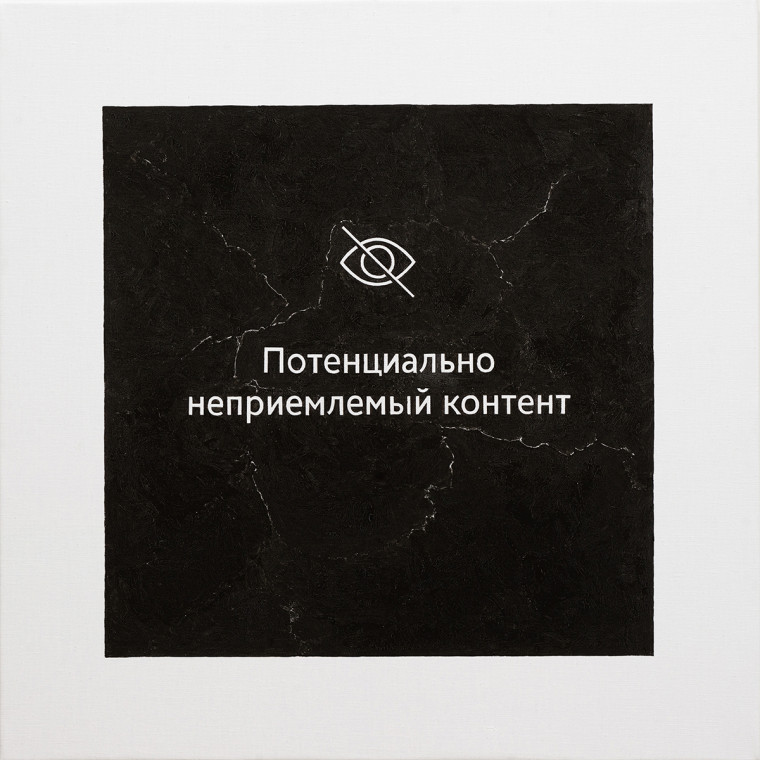 Viktor Ponomarenko has created a series of works in which the “Black Square” is interpreted through common digital symbols: loading and reloading icons and a “soft censorship” icon warning of potentially inappropriate content. The avant-garde art icon is not simply compared to the “black mirror” of the screen; labeling the square as potentially unacceptable leads to reflections upon the fate of the avant-garde, which was persecuted in the 1930’s in the Soviet Union. The artists, with whom Malevich also expressed solidarity, aimed at transforming the reality by considering avant-garde as the main organizing principle of life of society. Daring dreams of emancipation of consciousness and liberation of everyday life through art are combined with the modern logic of universal digitalization and control. The black square is a symbol of liberation in the visual field, resetting given attributes and paving the way to independent thinking. No surprise that today, over and over again, we are witnessing attempts to stigmatize similar processes.