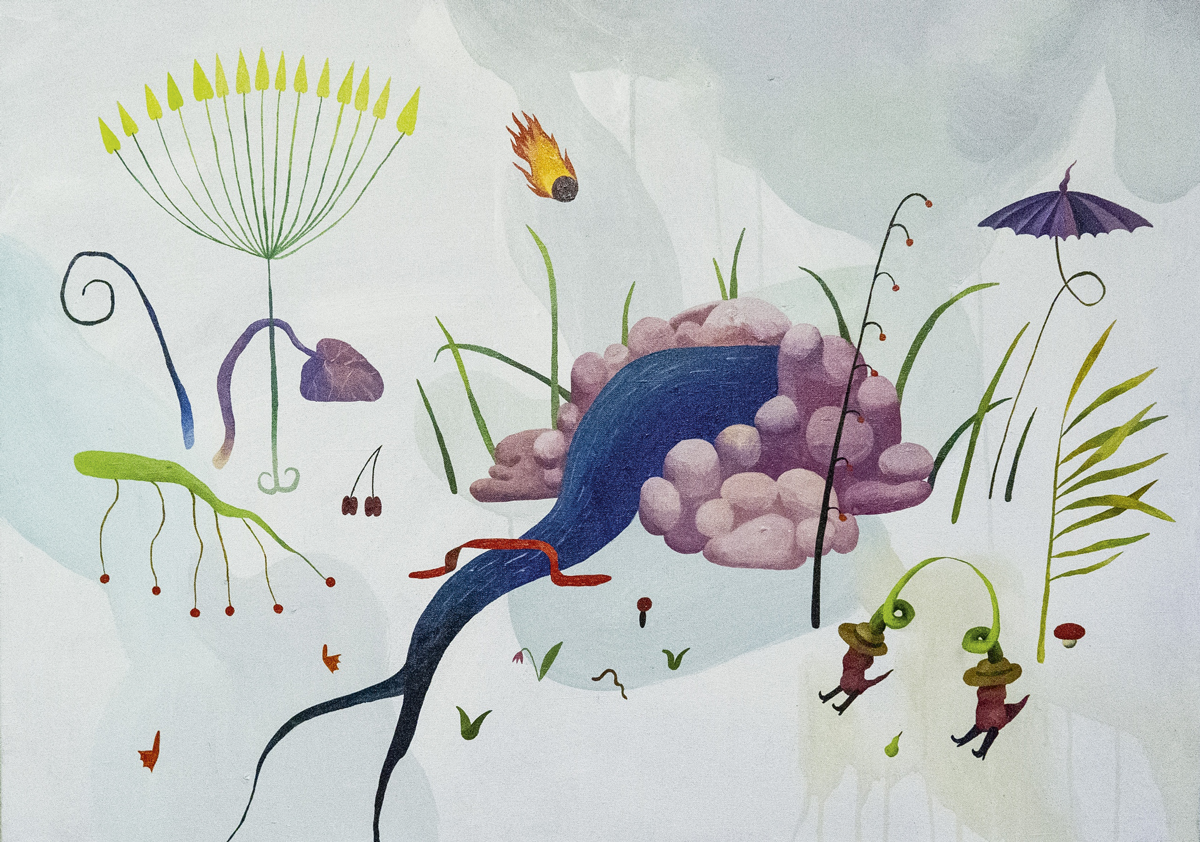 Anna Andrzhievskaya is a Russian artist born in Perm. Since early 2000s, she has been living and working in St. Petersburg. She attended the PRO ARTE Foundation for Culture and Arts. Her works are in the collections of the State Museum of Political History of Russia, PERMM Museum of Contemporary Art, Street Art Museum (St. Petersburg), Russian and foreign private collections. She’s a member of North-7 group; her works have been presented at VLADEY auction. The artist uses children’s watercolors, pens, and paint cans choosing pronouncedly frivolous, hooligan techniques. Infantilism, ease, tenderness are reflected in ‘acting on the contrary’ – if color sketches were forbidden and considered frivolous in the art school, this is what she works with. This work produces a special feeling of lightness, tenderness, and even infantility. This effect is in the very foundation of this work – the barely visible background shows disparate elements that strike a paradoxical balance of exclusion and affinity. The colors on the verge of childishness only assert this impression. The artist uses a similar technique in her sketches using watercolors preferred by children. The combination of the elements of this symbolic system is an allegorical parable of another Garden painted in the early 16th century by Hieronymus Bosch. The new perspective gives the details a new depth of interpretation. For example, in Christian iconography, a falling meteorite is attributed to heavenly powers and is a harbinger of the doomsday.