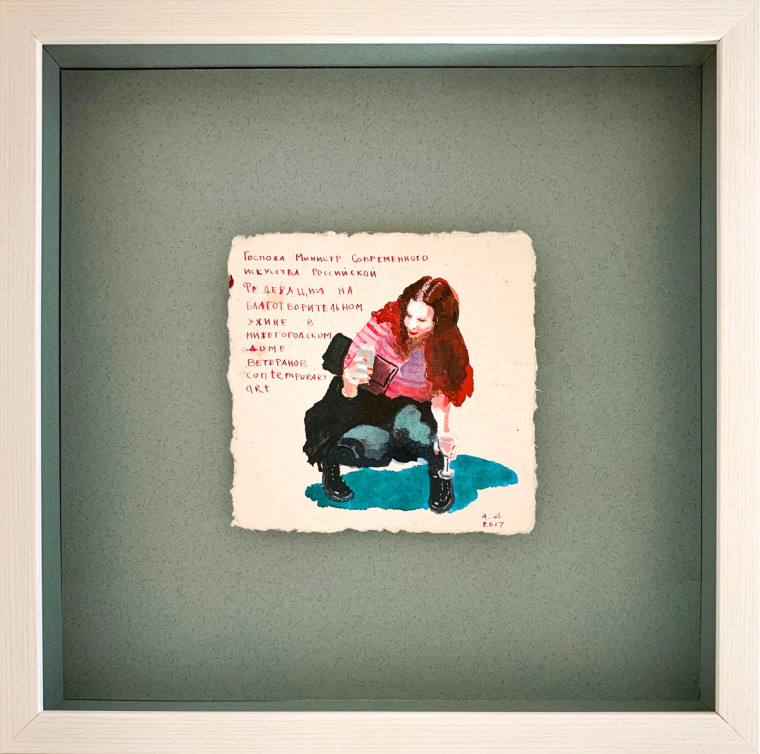 Alexander Dashevsky is a contemporary Russian artist and an art critic who lives and works in St. Petersburg. He is best known as a painter experimenting with canvas formats and configurations, but his works are not limited to that. In 2013, Alexander was listed among the young Russian artists with a large potential for investments (according to Forbes Magazine). The artist’s works are in collections of the State Russian Museum (St. Petersburg) and the Moscow Museum of Modern Art (Moscow). He was long-listed for the XI Sergey Kurekhin Award. The artist successfully works with different time layers. Abandoned ramshackle Stalin-era buildings, spatial empty swimming pools filled with sadness appeal to the memory of the Soviet person. At the same time, they co-exist with almost cartoonish sketches of the future where contemporary art is absorbed with bureaucracy, while its representatives are portrayed in vulgar poses from indiscreet angles.